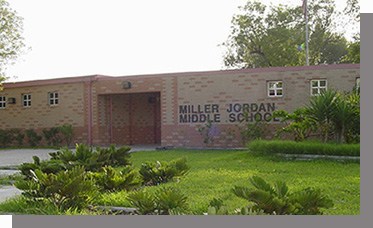 Prior to the 1956-57 school year, our district’s 7th & 8th grade students attended San Benito Junior High. This campus was located at the North Annex of the High School. The student enrollment was about 350-400 students.

Mr. William Miller Jordan was the principal and Mrs. Dallas Baker was the counselor. The faculty and staff consisted of 20-24 individuals.

The second semester of the 1956-57 school year, the Junior High was relocated to the present site. Originally this campus consisted of two wings, a gym and band hall and an unpaved street in front of the campus.

Through the years as enrollment increased, and additional classrooms were built to accommodate the students.

On October 8, 1973 during a school board meeting, a motion was made by E.D. Peek, which was seconded by Oscar De La Fuente, Sr. that the name of the San Benito Junior High be changed to the Miller Jordan Junior High School.

Whereas, Miller Jordan came to the San Benito School system as a classroom teacher in 1935 and was the following year made Principal of Fred Booth Elementary School, and

Whereas, with the exception of four years of military service, he has spend his entire teaching career in this school system, and

Whereas, since 1956 he has been instrumental in developing the junior high school program at its present site, and

Whereas, during his entire career he has both by precept and example contributed significantly toward the upgrading of the junior high instructional program as well as a wholesome social atmosphere at the junior high campus, and

NOW, THEREFORE, BE IT RESOLVED:

That the school which he now serves and which has previously been referred to as SAN BENITO JUNIOR HIGH SCHOOL, be hereafter known as “The Miller Jordan Junior High School”

From the day this campus opened its doors to the present, its administrators, faculty, and support staff have provided and will continue to provide the best educational opportunities for our students. 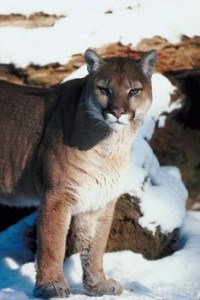